There is nothing wrong with making lists. It is a useful visual way to organize your thoughts so you do not forget anything. Well for most people…

Stage One:  Experimentation
My relationship with lists started like most people with the simple grocery and to do lists. I would jot down a few things that I wanted to remember or write the missing ingredient list of a recipe I planned on making that day. I found that I really liked not worrying about forgetting things and that I was more efficient since I spent less time remembering or looking things up for the fourth time.

Stage Two:  Regular Use
This list making things was really working for me and the thrill of crossing things off when I finished something felt so good. If I was at the store and saw a cute notepad I wouldn’t hesitate buying it, after all I know I would use it eventually. I would make chore lists for myself and morning routine lists and up them on my bathroom mirror. This was a perfectly healthy relationship with lists and for most people this is how it stays.

Stage Three:  Risky Use
I had a notepad and pen in every room should the sudden need arise to make a list or jot down an idea. When genius or even an okay idea came to mind I would write it down. It was better than the horror or forgetting something! I started using list apps and made multiple lists for the same stuff because I would lose old ones in the piles of new lists. I knew the original was somewhere but couldn’t risk forgetting this new tidbit while looking for the old list. I even started making lists for things that REALLY didn’t require a list, but I was being organized by keeping track of my thoughts so this was a good thing! I didn’t have a problem!

Stage Four:  Dependence
I caught myself making lists of my lists and lists on how to find my lost lists. I checked my lists multiple times in case I forgot something since I had so many versions and similar lists. I would carry my planner with me everywhere because it was the place a majority of my lists were shoved and the thought of being without the lists and forgetting something was just not okay! Every so often I would do a list purge trying to find all the lists I could and consolidate them, but never actually finish and just end up with more duplicate lists.

Stage Five:  Addiction
Here is a picture of all the lists I currently have that I could actually find at the moment. There are 2 books in there too but it seemed relevant since they are books full of checklists about wedding stuff.

I know it isn’t pretty but just making this big spread out pile of everything made it a lot easier to come to terms with my list addiction. Here are some especially sad things to note:
1. All of my bookmarks and placeholders are lists.

2. Most of the notebooks in the photo are primarily used for list making.

3. Most of the lists I make are double sided so there is a lot more under all that.

4. I felt the need to make a list of the things to note so I would not forget.

So now on to the magic part! After a good amount of list consolidating and purging, and a whole lot of pile making and reorganizing, I managed to sort out my life in paper! TA DA!

I now have a notebook or binder for each major category and my planner doesn’t have things fall out of it every I started this crazy task by choosing 5 main categories and making piles. My piles are Wedding, Blog, Christmas, Ideas, and Planner. My planner has all my shopping lists and is a temporary holding spot for anything that has yet to make it to it’s proper notebook or binder. Next I went through each list and started a master list for each pile in a notebook or binder. Once I had a system it went by quick and before I knew it it was done!
So that is my list addiction and how I managed to conquer it! Goodbye giant piles of paper! Hello to actually having a desk again! 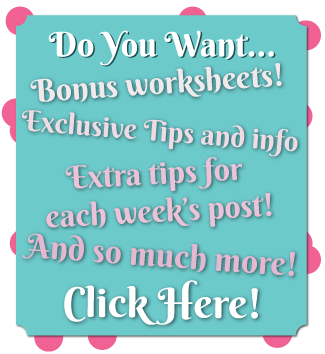